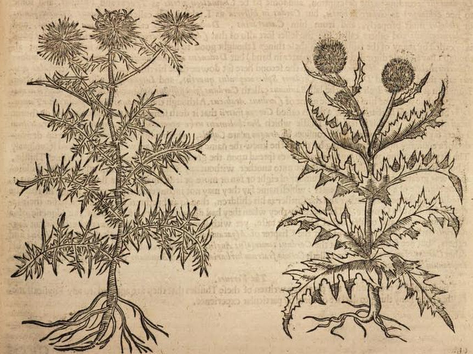 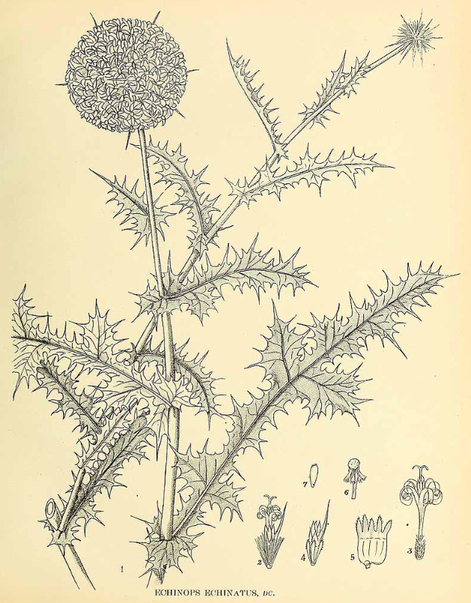 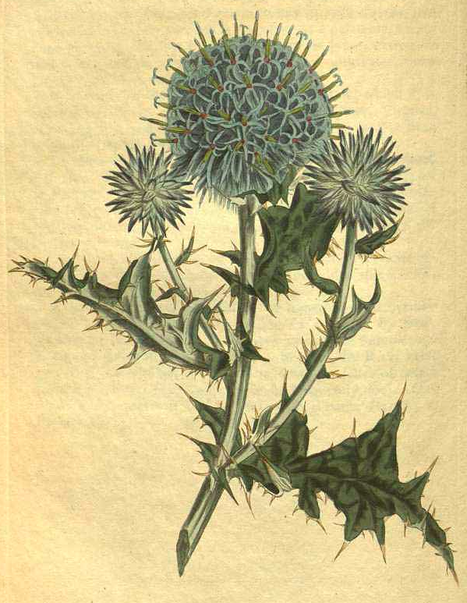 DOSE:
1. Taken with Milk as a tonic to Body and Brain (Unani)
2. In our opinion, this herb should only be used in formula with other herbs, and only in pills or powders. Large doses or extended use are toxic.
In Decoction: 3–6 grams (6–12 grams fresh); In India, a 1 in 10 decoction is given in doses of half–2 fluid ounces.
Of the Powder: 1–3 grams
Juice expressed from the leaves: 30–60 drops

COMMENT:
1.  Chinese use their varieties of Globe Thistle to clear Heat and Poison, primarily for skin conditions, boils, as well as for Mastitis and other Heat-Toxin swellings. While it is used for this purpose in Unani, it is regarded as warming, tonic, used for impotence and as a brain and nerve tonic. The principle alkaloid Echinopsine, found in all the above-mentioned species has been shown to have a strychnine-like effect, thereby supporting its use as a nerve tonic and aphrodisiac. It can also be pointed out that Nux Vomica is also regarded as cold in TCM.
2. This is an example of opposing reading of signatures. All Thistles were generally regarded as being under the planet Mars, and therefore, Warm or Hot and Dry. Conversely, TCM views the nett effect as Cold.

TOXICITY:
1. Echinopsine, the main alkaloid (found in West and Chinese species listed above) is toxic, having an effect similar to strychnine. Toxic doses can cause cardiac arrest.
2. Toxic reactions have occurred with doses of 30 grams