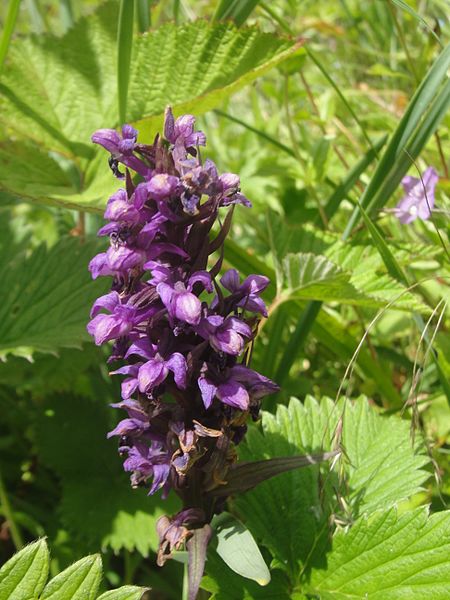 Parts used:
Root / Tuber; that with 5 tubers like a hand is considered best.
Widely distributed throughout the Himalayas, Western China, Tibet, Afghanistan, central Asia and Europe.

5. Externally:
-paste of the roots are applied to Fractures in India
-root powder is applied to Wounds to stop bleeding (Nepal)

DOSE:
As a nutritious tonic it is often prepared with Milk, as in Salep.
Powder: 1–4 grams

COMMENT:
1. Dactylorhiza was formerly grouped under Orchis. This is one of a number of species of Orchid that has supplied Salep.
2. Due to over-harvesting, it has become critically endangered in some regions.

SUBSTITUTE:
1. This has been used as a substitute for Salep, Orchis (Satyrion).
2. See Orchis (Satyrion) for various other substitutes.
3. Herminium monorchis and Ponerorchis chusua are classed as varieties and are used similarly in Tibetan Medicine.
Main Combinations:
1. As a Kidney tonic and Aphrodisiac:
i. Dactylorhiza with Withania, Asparagus, Soloman's Seal (as in Gso Byed 6 Pa of Tibetan Medicine)
ii. to the above can be added Cordyceps for more severe conditions.
2. Chronic Cough, Breathlessness, Dactylorhiza with Rhodiola, Licorice