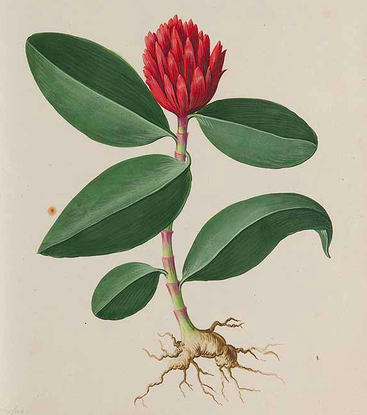 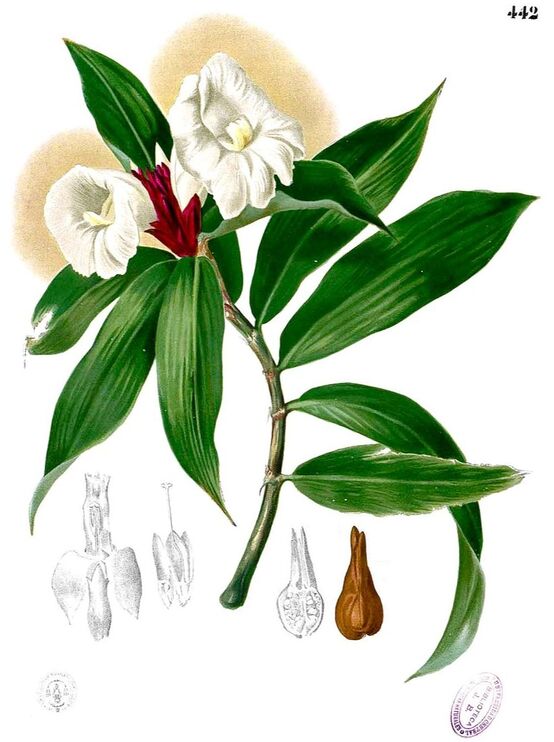 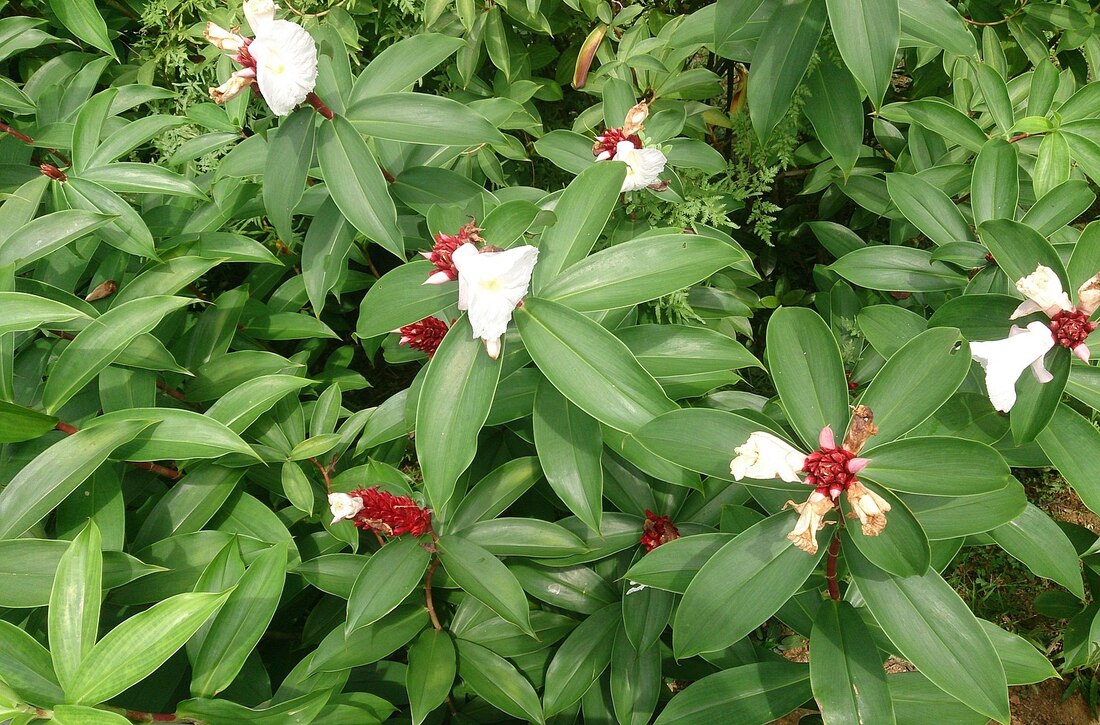 6. Externally:
-herbs is applied as a paste to fluid swellings
-Ear infection, the juice is instilled in the ear
-applied to skin diseases

DOSE:
Of the prepared root: 3–6 grams
For Worms, 2 spoonfuls of the root juice has been used.
A spoonful of the powder has been taken for Constipation

COMMENT:
1. Should not be confused with Costus root, Saussurea lappa. Numerous sources have listed C. speciosus as a source for Ru rta, the 'true' Costus, Saussurea lappa. it is uncertain if, perhaps, the root has been used as a substitute for Costus.
2. Pushkamula is Inula racemosa in Ayurveda. It would appear this is one of the Tibetan names derived from Ayurvedic sources. The fact that Inula and Saussurea species are closely related and are often viewed as different types of the same medicine (ie. Sweet and Bitter Costus in the West) suggests that maybe C. speciosus has been used as a synonym or source for Costus in the past.
Main Combinations:

Cautions:
1. Use cautiously during Pregnancy. It is strongly ecbolic but has been used for Threatened Miscarriage.