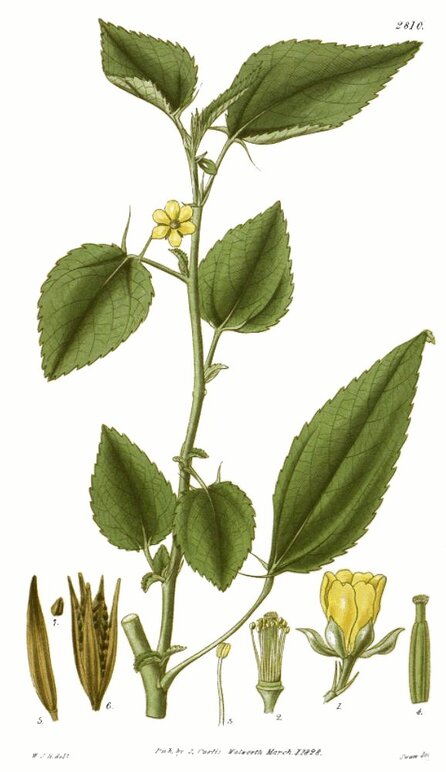 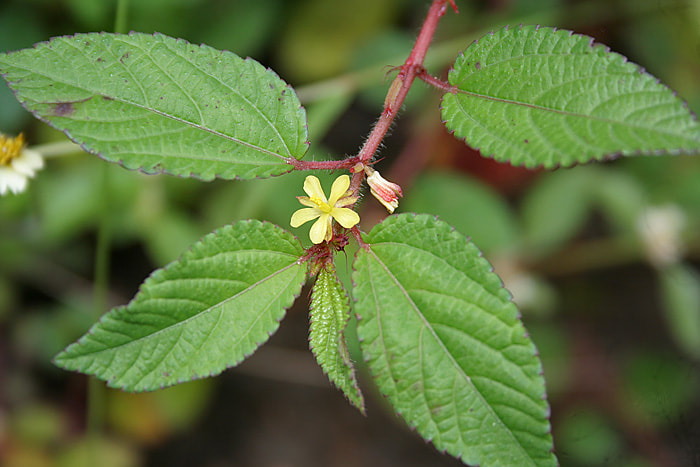 5. Promotes Semen: (Unani)
-increases Semen
-reduces Premature Ejaculation (by thickening semen)
-for these uses the powder is mixed with sugar and taken with Milk

COMMENT:
1. Several species are used between the different systems. C. aestuans is used in Ayurveda, while C. olitorius and C. capsularis are used in Ayurveda and TCM. C. olitorius (Jews Mallow) is used in Unani, Ayurveda and TCM, and can probably be realised as the primary species of Corchorus. C. aestuans and C. capsularis are apparently used in Iraq. This together shows the various species appear synonymous in use.
2. Jew's Mallow was apparently an important article of food in the middle east. It is believed by some to be the Mallow referred to in the Bible. It is also eaten by peasants in India where it is eaten like Spinach.
3. Corchorus spp. supply Jute.

SUBSTITUTE:
1. Dioscorides include Korkoros under Anagallis (Scarlet Pimpernel). This suggests them to have similar properties.
2. Some Unani texts name it as a relative of Purslane (Baqla) calling C. olitorius Baqla Yahudiyya.
Main Combinations:
1. As a digestive stimulant, Corchorus with Coriander seed and Aniseed. (India)

Cautions:
1. Contains Cardioactive Glycosides. The seed is by far the richest and is toxic in overdose. The herb contains only traces and is eaten as a potherb.
2. Not used in Pregnancy. Used as an abortifacient in Africa.
3. Regarded as hard of digestion and likely to cause flatulence.