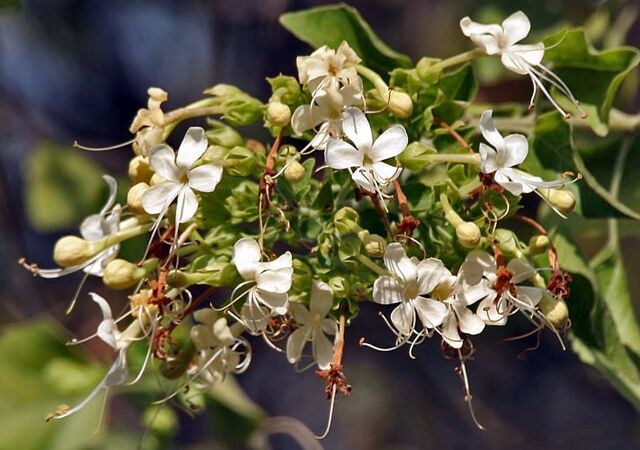 DOSE:
In Ayurveda it most commonly appears in external compounds.
12–24 grams in Decoction
Leaf juice has been used (for Syphilis) in doses of half ounce twice daily.

NOTE:
1. C. phlomidis and C. serratum have both been listed as sources of Baharangi in Unani sources (Unani Pharmacopoeia of India). Bharangi is the name in Ayurveda for C. serratum. C. phlomidis is called Agnimantha in Ayurveda. We have therefore separated them into different entries.
2. Ayurvedic use focuses on Stomach, Digestion and Urinary effects, while Unani use focuses on Nervous system and Asthma.

SUBSTITUTE:
C. phlomidis is the official substitute for Premna integrifolia (API)
Main Combinations:
Clerodendron phlomidis is one of the Dashmula (10 plants), often used in compounds. It is a potent antipyretic and anti-inflammatory group with sedative effects.