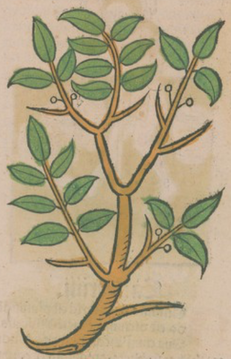 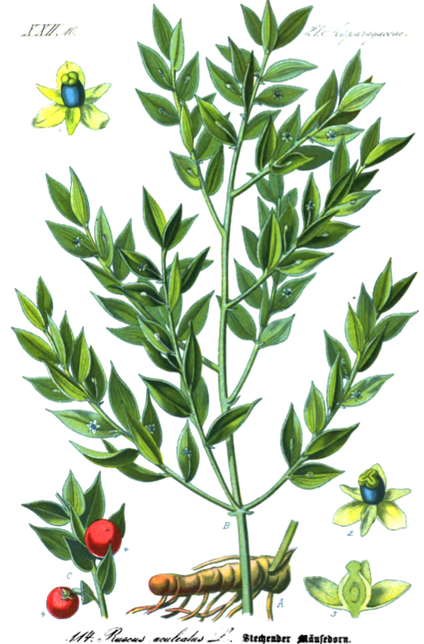 2. Clears Phlegm from the Lungs

SUBSTITUTE:
1. Asparagus root;
2. Culpeper said to ‘use them like Grass (Couch) roots’.
Main Combinations:
Butcher's Broom root is commonly used with the other Opening Roots. Decocted in white wine, they are given for Strangury, difficult Urination, as well as Jaundice and to promote Menstruation.