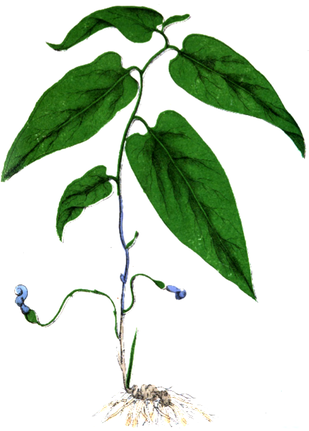 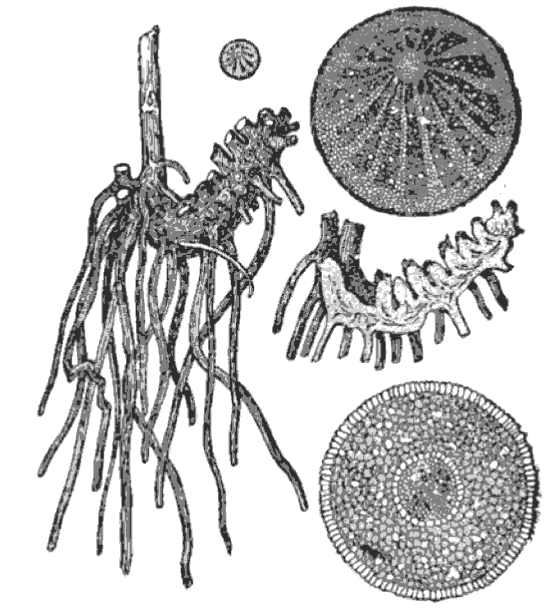 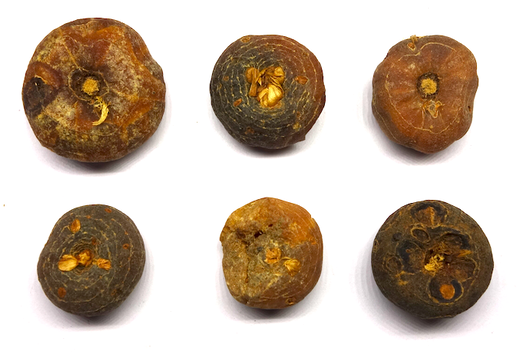 Ayurveda and Unani use A. bracteolata (syn. A. bracteata), A. indica, A. longa, as Zarawand, used as an emmenagogue. These are used the same as Birthwort in the West.

Virginian Snakeroot (syn. A. serpentina, Serpentaria virginica) was introduced from the U.S.

4. Moves the Blood, Promotes Menstruation and Labor:
-promote Menstruation, clears Afterbirth (Round is strongest)
-traditionally to promote Labor
-ripens and breaks Tumors internally (Long and Round)

6. Externally:
-expels Poison
-externally, a wash is used for the Itch, and cleanses Wounds, and heals them
-Distilled Water useful against Creeping Ulcers, pustules of the Genitals, cloths being soaked in and applied (Pemell, 1652)

NOTE:
1. A. longa is stronger as an emmenagogue; A. rotunda is better to clear Phlegm. However, some sources (including Galen) said Round Birthwort is generally stronger for all indications.
2. Chinese Aristolochia Qing Mu Xiang is perhaps most similar to the Western Birthworts. However, it is not noted as an emmenagogue or for its effects of promoting Labor, despite this being the reason for the names given in the West.
3. 'All the Birthworts are cephalick, thoracick, uterine, vulnerary, and alexipharmic, The round is universally allowed to be more attenuating than the long; and the long, on the contrary, is more powerfully detersive than the round; Wherefore, in Affections of the Breast from thick Humours, in flatulencies and colick Pains, in, Obſtructions of the Spleen and Womb, and in Ruptures of Vessels to dissolve grumous Blood, round Birthwort ought to be used; for it draws off various Excrements, by the Menses, Urine, and Emunctories of the Skin. On the other Hand, in Wounds and sordid Ulcers, in the Scab and: other cutaneous Diseases, long Birthwort is preferable, being used in Lotions; and in the same Form is good to derterge Fistulas. But the principal and most excellent Virtues of both consist in promoting the menstrual Purgations, and in cleansing the Womb after Delivery, and in this Account they are commended by Hippocrates in his book on the Diseases of Women. (A Treatise on Foreign Drugs, Geoffroy and Thicknesse, 1749)
4. As these are forbidden due to their toxicity (aristolchic acid), suitable substitutes can be chosen from below based on the requirements of the formula.

Cautions:
Obsolete; Prohibited because of the aristolchic acid content. Use substitute medicines (above).

The Birthworts are, however, still used in Traditional Medicine systems. In TCM, when they are used Liver and Kidney function tests every few weeks (as is done while taking some western medicines). If Liver enzymes or Kidney function begins to be adversely affected, medication is stopped. Ayurveda and Unani medicine likewise still uses Aristolchia rotunda.

It is to be noted that the majority of times Aristolchia is used in Traditional medicine is in large compounds where it makes a small percentage of the total. In these circumstances it can most probably be used quite safely if breaks in treatment are taken.