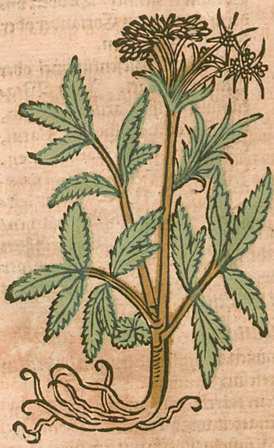 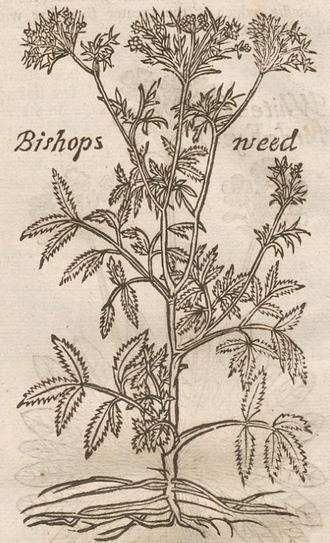 Left: Ammi copticum; Right: A. majus
Icones Plantarum Medcio-oeconomico, Vietz, 1806
Botanical name:
Trachyspermum ammi (syn. T. copticum, Ammi copticum, Carum ajowan, Carum copticum)
T. roxburghianum is used as a local variant in India.
Ammi majus is similar and is also used as 'Ammi'
That from Alexandria or Crete was regarded as best, which has a 'taste between Oregano and Thyme'.

8. Externally:
-arthritic and Rheumatic complaints
-fresh herb beaten as a Cataplasm with honey for contusions, bruises

NOTE:
1. The Seed is one of the 4 Lesser Hot seeds; It is used similarly to other seeds of the Apiaceae such as Fennel and Cumin.
2. Salmon said the two 'Ammi', native and foreign were equal in strength and properties.
3. Ammi visnaga is also known as Bishop's Weed, but is a separate medicine.